Transit and Real Estate: The Importance of Moving Forward

Miami is ranked as one of the world’s most congested cities. What are the options? 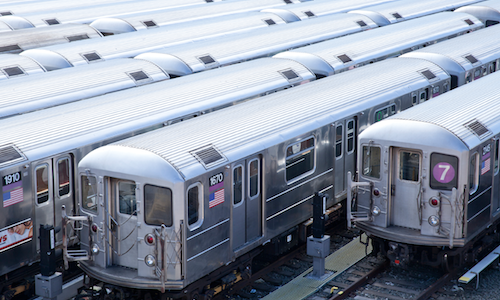 Miami is in a state of positive flux, where building is helping the city transition from an appealing American vacation destination to one of the globe’s most sought after world-class cities, with considerable attention emanating from beyond U.S. coastlines. However, as the city grows, there remains a big hurdle in accomplishing that grandiose vision – transportation.

More than a decade ago, Miami lawmakers instituted the “People’s Transportation Plan,” which they believed would be a simple, streamlined way to build funding for transportation improvements. The plan introduced a sales tax addition, asking Miami-Dade County residents to contribute a half penny more with every purchase.

In an open letter to the Miami Herald, Esteban Bovo Jr., the city’s District 10 commissioner, called the plan a failure.

And Bovo is right. Traffic congestion in Miami is reaching debilitating levels. Last year, Tom Tom, the company famous for in-car GPS systems, released its annual traffic index, which ranked Miami’s congestion as the seventh worst in the U.S. Adding credence to Tom Tom’s conclusions, INTRIX, responsible for the INTRIX Traffic Scorecard, recently put Miami at No. 41 on the list of the world’s worst metro’s in terms of traffic, and No. 10 in the U.S.

Miami’s saving grace will be development, and finding sources to fund those developments. In part, some of those changes are already underway.

Tri-Rail: A commuter line linking much of South Florida’s eastern coast – Miami, Ft. Lauderdale and West Palm Beach – Tri-Rail’s 70-plus miles of track have been helping to ease congestion since the late 80s, but lawmakers and developers have long since envisioned a more encompassing system. Miles of extensions have been added on to service thousands of additional passengers, and newer extensions planned for 2020 promise even better access to Miami, specifically downtown.

However, while those projects are being realized and further planned, a new station has opened up connecting passenger’s with the city’s airport, where Metrorail and Metrobus are already providing service.

“This is another significant milestone, which is symbolic of our vital role to connect South Florida to the world,” said Commissioner Bruno Barreiro, the chair of the South Florida Regional Transportation Authority. “Our loyal passengers, plus the thousands of new riders that we anticipate to travel in and out of Miami International Airport, will greatly enjoy this state-of-the art facility that we expect will become an international transit hub of which we can all be proud.”

MiamiCentral: As we discussed in a December article, a new intercity passenger rail link between downtown Miami and Orlando is being planned to provide downtown residents with wider access to a variety of transportation options, including long-distance trains, Metrorail, Metromover, buses, trolleys and bike rentals. In addition to the hub itself, affordable residential towers are being built to accommodate a wave of residents eager to exchange sprawling highways for walkable cityscape.

Still, the existing plans to expand South Florida transportation and further decongest roadways will unlikely be enough to fully solve a continually worsening and evolving problem. But lawmakers are hopeful.