Why the Treasure Coast housing market is booming 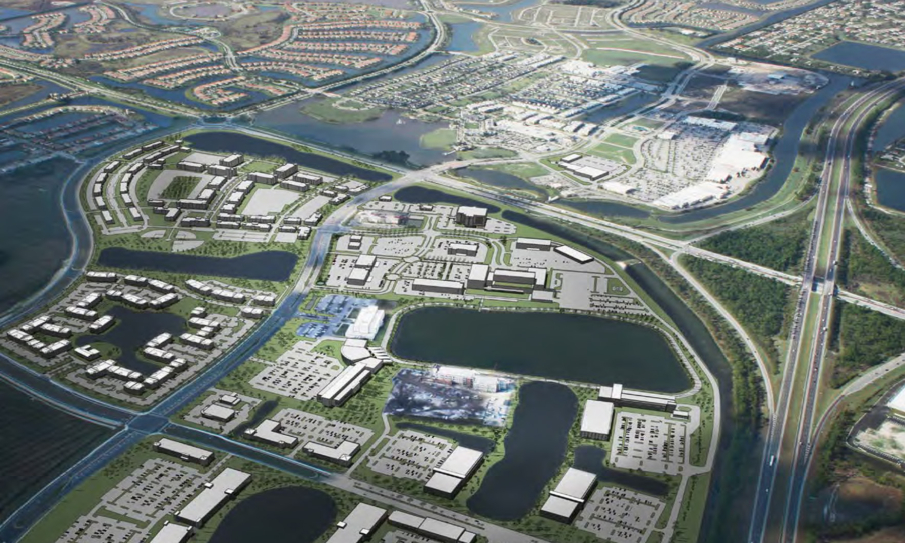 Home values on the Treasure Coast — St. Lucie County, Indian River County and Martin County — are booming. This surge is caused by new growth in the area economy including an influx of new companies plus out-of-state residents moving to the area.

The Treasure Coast has become one of the fastest-growing real estate markets in the U.S. in the past year with a recent wave of transplants from high-tax areas such as New York and California, especially after the pandemic. That growth is projected to increase dramatically, say experts.

The state of Florida’s population is forecast to increase from 21.6 million in 2021 to nearly 26 million by 2030, according to the Florida Chamber of Commerce. The new decade will see an increase in out-of-state transplants as well as an influx of foreign-born residents. South Florida Business Journal reported that the sales volume of single-family homes has increased by 24.4% since last year. Port St. Lucie has become one of the fastest-growing cities in Florida.

Thirty years ago, the western Port St. Lucie real estate market was made by new homebuilders for the second home and retirement market. Then 20 years ago, it became known as the affordable housing region with homeowners buying lower-cost larger houses and commuting 30 to 60 miles one way to work. But over the last few years the market is changing.

“Things are a lot different now,” said John Slivon, past president of the Broward, Palm Beaches & St. Lucie Realtors Association and manager of Bowen Realty. “St. Lucie County and the Treasure Coast are growing much more with a business and growth-friendly atmosphere. We now have Legacy Park at Tradition with their first big tenet FedEx Ground Sortation Center, Cheney Brothers Food Distribution Center and more distribution and manufacturing companies planned along what is being called the Jobs Corridor. Plus, the boating industry is expanding with the new Derecktor Shipyard for megayacht building and repair.”

Slivon added that expanded infrastructure is on the way with the Florida Turnpike going from two lanes each way to four lanes and new interchanges. All the new business and new homeowners will need the larger capacity roads.

Pete Tesch, president of the Economic Development Council of St. Lucie County said on their website that 60% of St. Lucie County’s workforce travels outside the county for work. He believes the upcoming wave of commercial development in St. Lucie could be an opportunity to reverse that daily flow and keep some of those residents closer to home.

Port St. Lucie is ranked No. 4 in the nation for housing price increases with the largest price gains since 2017. Over the past four years, the median home sale price for homes has grown almost 58%, according to new data from Realtor.com.

Mansion Global found that northerners are staying for longer than just a few months during the winter. Rather, they are shifting from vacation homes or rentals and looking into permanent residences. This real estate trend was accelerated by the pandemic.

“We’re seeing a lot of cash buyers,” said Jenifer Scott, a longtime new home and resale Realtor with her husband Warren on the Treasure Coast, now with Coldwell Banker Realty in Port St. Lucie. “Buyers are still coming from out of the area, either move-ups from West Palm and Broward or from the northeast. What’s new is more home and Realtor unseen purchasers. That’s growing.”

According to Scott, out-of-area buyers are looking online and since inventory is so low, they’re connecting with agents that they’ve never met face-to-face and making an offer on a house they’ve never seen, except online. She said it’s happening more and more.

“With booming business and relocation exploding, inventory is not anticipated to keep up with demand,” said Scott. “New homebuilders are raising prices after three or four sales. Buyers know it. And they know prices will probably not decrease. So, they’re anxious to make a deal.”

And it’s not just single-family homes that have been in demand. Scott has also seen a rise in interest for beachside condos and townhouses.

“Buyers are looking for a more affordable and better quality of life with more home or lot size for the money,” said Scott. “California buyers know that and they’re acting on that knowledge by moving to the Treasure Coast. In fact, one California family just bought two houses and are looking for a third for their other family members. They’re all moving here together.”