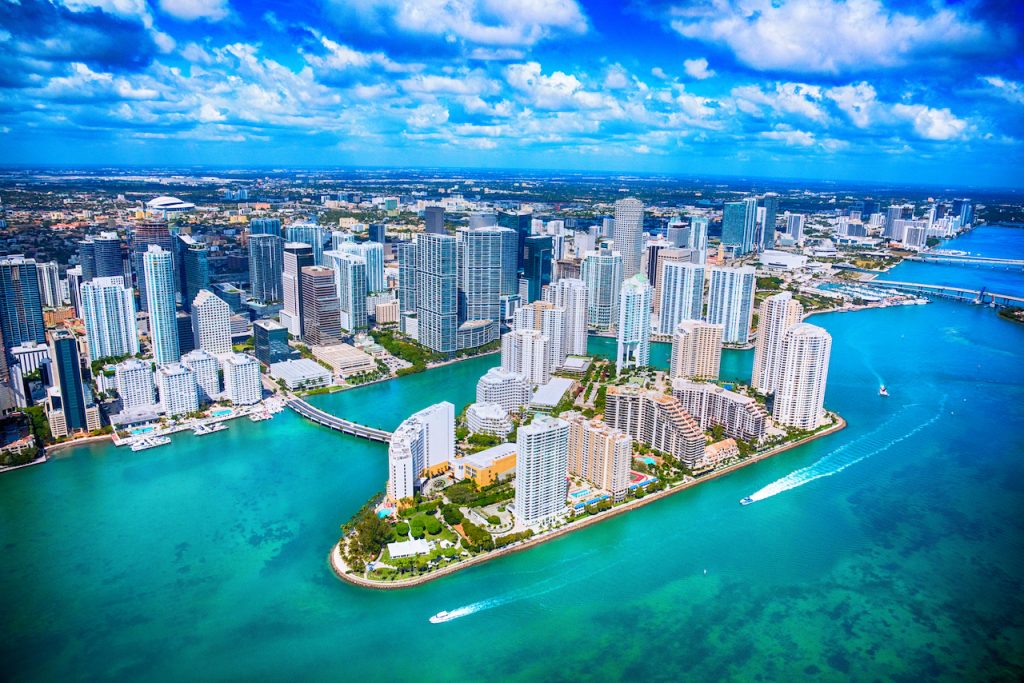 With Florida now the national epicenter for coronavirus and Miami a hotspot within the state, it might be surprising to learn that the South Florida rental market is exploding.

According to Valeria Rodriguez, a real estate advisor for the Atlas Team that operates under Compass, demand is so strong that rentals rarely stay on the market for more than a week. In the past three weeks alone, Rodriguez said she’s completed eight different rental transactions, each averaging $3,500 a month.

But it’s not Floridians lining up to lease. Instead, demand is coming from other states — especially the east coast — a reflection of changing preferences driven by the pandemic.

It may seem counterintuitive that people are continuing to migrate to Florida even as the state reported 15,300 new cases on July 12 — breaking both state and U.S. records for single-day coronavirus cases.  The alarming numbers caused the Miami region to reverse course on most reopening plans and shut down all short-term rentals, as announced recently by Miami-Dade county Mayor Carlos Gimenez.

Despite the grim outlook, local industry experts say many people migrating to South Florida are looking for a respite from the risks of urban living.

“They are showing up in droves,” said Berkshire Hathaway HomeServices EWM Realty Broker Christoper Zoller in a recent interview with the Miami Herald. Zeller said he’s seen a 25% increase of out-of-towners looking to rent in Miami-Dade compared to last year. “They are fleeing high density, high-rise locations. They are learning to work from home, or they can work from common spaces.”

The work-from-home movement has given people more freedom on where they choose to live and has helped increase the demand for rentals and properties in the Miami area, said Rodriguez.  And good weather, beaches and quality school districts are what they’re seeking.

Rodriguez, who specializes in the rental market, has listings in Bay Harbour One located in the town of Bay Harbour, where she said the number of new leases being signed has been on an exponential incline since the start of the pandemic.  The average market time for a unit at Bay Harbour is now just 1.5 weeks; less for a two-bedroom, two-bath with den, which currently in high demand.

According to Rodriguez, many of the renters migrating from other states are using them as stop gaps until they can find something to buy. “Many of my clients live in a rental for six to seven months while they are looking for a permanent place to live in the area,” she said.

Even though short-term rentals — which is defined as any rental that is in effect for six months and one day or less —are currently banned in Miami-Dade, it hasn’t stopped the inquiries about them, said Cervera Real Estate Managing Partner Alicia Cervera Lamadrid. And whether short- or long-term, Cervera Lamadrid points out that rentals are a great way for agents to get a foot in the door with clients who will eventually become buyers.

Those numbers attest to Miami’s wide appeal across many different demographics, a phenomenon that only seems to be growing as the pandemic plays out.