Miami is classified as a ‘transit-desiring’ city. Here’s what that means. 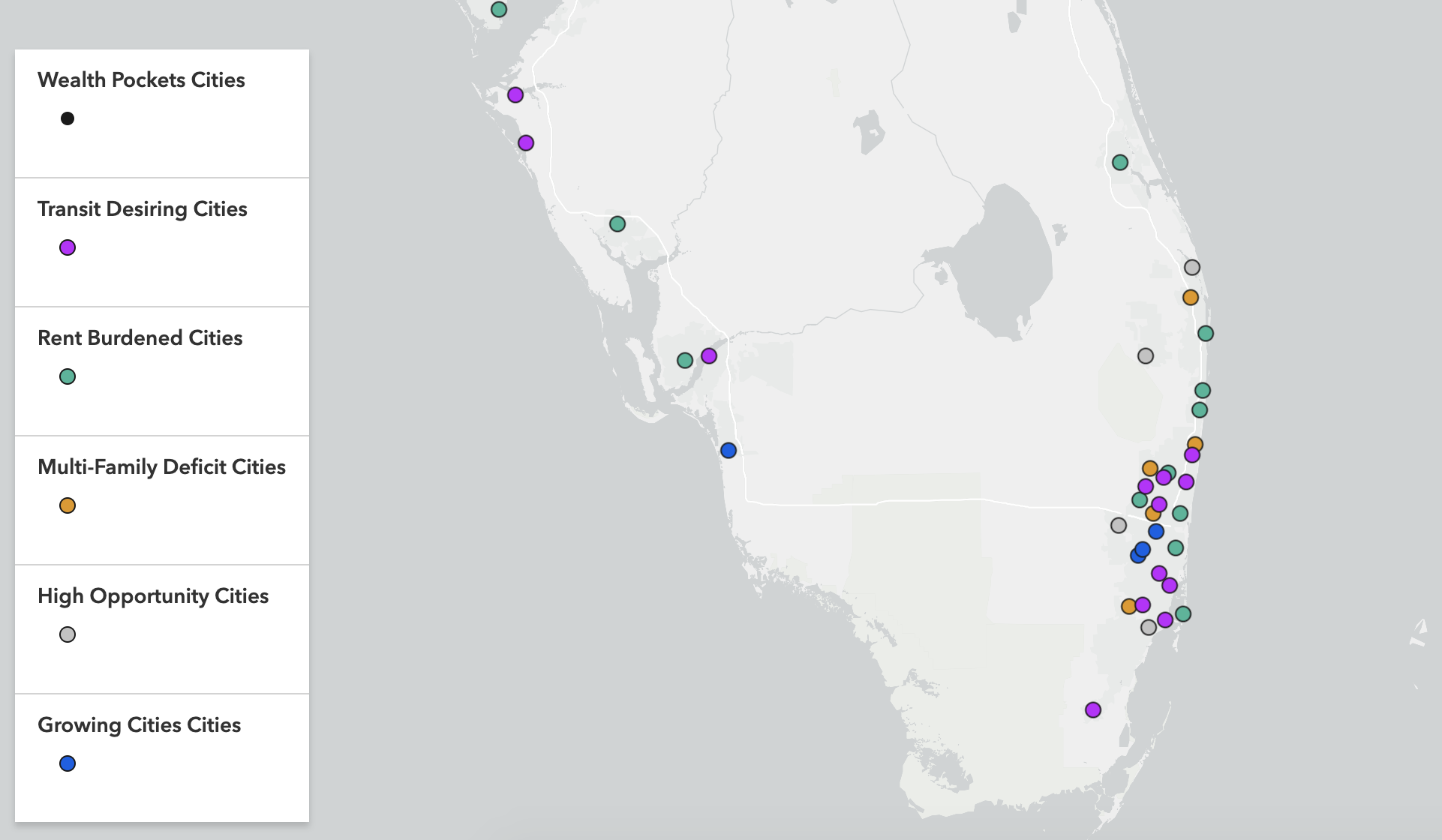 In a report titled “Housing Market Conditions Across America’s Cities,” the National League of Cities’ Center for City Solutions recently classified 754 cities of at least 50,000 residents into six different categories to identify their main housing opportunities and challenges.

Miami’s classification was as a transit-desiring city, and it’s in good company in this regard; 29 percent of the cities studied fell into this category. The categories are rent-burdened cities (at 27 percent, the second highest group), high opportunity cities, growing cities, multi-family deficit cities and wealth pocket cities.

Being a transit desiring city means that Miami suffers from low levels of median income ($33,999) and job growth (20%) and are approving the lowest levels of single-family building permits, and average levels of multifamily building permits. Given that median incomes are lower in these cities, increasing access to public transit will be extremely important for ensuring that residents can access jobs. Without policy action, residents in these cities may not be able to experience the economic mobility that would be gained through access to public transportation.

Some of the factors that played into the determination are whether each city’s permitting of single- and multi-family housing is meeting the income levels and job growth opportunities of its residents, as well as demographic and economic issues, wherein Miami was determined to be suffering from low levels of median income and job growth alike.

Clarence E. Anthony, CEO and executive director of the National League of Cities, emphasized the importance of tailoring strategies for promoting affordability to the conditions in each individual city. “Affordable, stable housing is currently out of reach for millions of Americans,” he said in the report. “Of course, there are certain housing policies that can have a positive impact everywhere, but we know that strategies and solutions in Seattle and Denver may not work for Charlotte, North Carolina, or Peoria, Illinois.”

As for suggestions for change, researchers suggest improving transit options and locking in permanent affordability of those options. They also suggested encouraging join development with transit agencies and other interagency partnerships, fostering entrepreneurship and cooperative business ownership models and reducing impact fees and exactions.