Miami has the 9th most expensive rental market in the country, study says 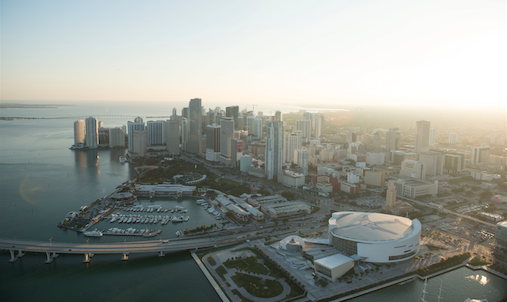 Miamians priced out of homeownership are not likely to find much relief on the rental market, as rents in Miami are the ninth-most expensive in the country, according to a new study by apartment searching website Zumper.

In ranking the median price of a one-bedroom apartment in May, Miami was found to have the ninth-highest monthly price. It’s the second straight month that the city has been ranked ninth, according to Zumper. Miami is tied for ninth with Honolulu, HI.

A one-bedroom apartment in Miami cost $1,800, which is unchanged from last month but actually represents a 4.8 percent decrease year-over-year. That price is only $50 less than eighth place Seattle, but is nearly $2,000 off first-place San Francisco. (Second place New York has a median one-bedroom apartment price of $2,910.)

Nationally, the median price for a one-bedroom is $1,169.

The median price for a two-bedroom apartment in Miami is $2,510, which is also unchanged from last month but is down 2.6 percent since this time last year, Zumper reports.

With rents remaining high in Miami, now might be a great time for renters to consider buying a home. Renters paying the median U.S. rent could afford a house that is 50 percent more expensive than the median U.S. home value, according to Zillow. That study put the average apartment rent at $2,093, which would allow those perspective buyers to afford a home up to $427,920. The median home value in the city was $299,900.

Check out the other most expensive rental markets in the country, courtesy of Zumper. 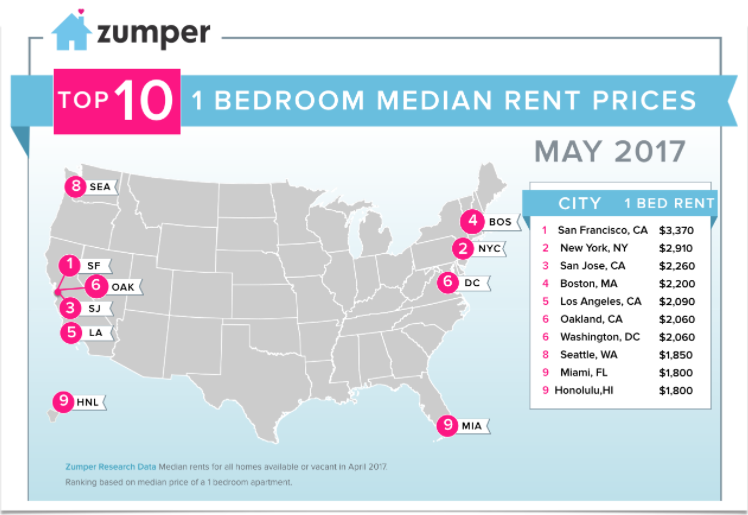