5 reasons buyers from around the globe love Coconut Grove 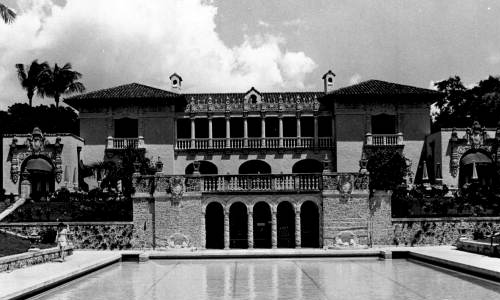 Coconut Grove is one of the oldest neighborhoods in Miami, and existed as an independent city even before that. It has a rich history of luxury living; and that tradition has carried for more than 100 years, as it currently stands as one of Miami’s and the world’s most sought-after living destinations.

Here are a few reasons why:

Senior friendly – As people age, what they look for in a neighborhood changes. They want easy access to hospitals and pharmacies; they want amenities to be accessible to people with disabilities; and they have higher expectations for street safety. The AARP’s Livability Index shows that Coconut Grove satisfies the needs of seniors, with convenient transportation options, great access to healthcare, and more than 82 percent of transportation stations and vehicles accessible to people with disabilities – higher than the national median.

High air quality – Most buyers don’t even think to consider air quality in their home search, but they should. Last year, more than 5.5 million people worldwide died prematurely because of air pollution, the BBC reported. AARP’s Livability Index confirmed that not only is Coconut Grove’s regional air quality far superior to that of the country’s typical neighborhood, but also pollution near roadways is nearly nonexistent, as is local industrial pollution.

A great place to walk, or bike – Fifty-six percent of Millennials and 46 percent of Baby Boomers prefer to live in walkable neighborhoods, a report from Strong Towns confirmed. It’s part of a healthy but convenient lifestyle that is quickly coming to define contemporary living. Coconut Grove has a Walk Score of 75 and a Bike Score of 67, making it the city’s ninth most walkable neighborhood.

It’s a true luxury market – In Q2 2016, the average sale price of a single-family home in Coconut Grove increased 6.4 percent to $1.4 million, a Douglas Elliman report confirmed. Before the area’s newly built luxury condo tower Grove at Grand Bay even opened it was sold out. And just last week, filmmaker Alejandro Landes listed his Coconut Grove mansion Casa Bahia…for $50 million. It represents the second priciest home in Miami, Curbed Miami reported. Luxury buyers from all around the globe flock to Coconut Grove because there is a lot for them in the neighborhood, which includes both housing stock and amenities, like the Dinner Key Marina.

A coastal community – Nowhere in Coconut Grove can you live without being less than a mile from an oceanfront view. The entire community hugs Biscayne Bay. And even if your home doesn’t have a view of the water, there are several well-reviewed, popular bayside parks – Peacock Park, Kenneth M. Meyers Bayside Park, David T. Kennedy Park, The Barnacle Historic State Park – that locals can enjoy. The neighborhood’s proximity to the water helps make its properties among the most coveted in the area (and the world).