New Miami Beach law could bump up the cost of mansions 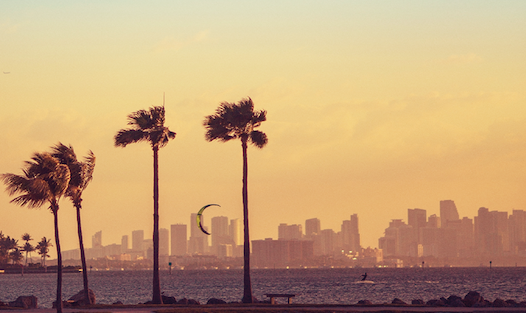 In one of many efforts to reduce Miami Beach’s environmental impact, the City wants developers to either go green, or pay up. What will that mean for new construction buyers? Here’s what you need to know.

Outlined in the City’s recent “Sustainability and Resiliency Ordinance,” the new law will require all forthcoming structures 7,000 square feet or larger to be LEED Gold certified, or builders risk a maximum fee equivalent to 5 percent of construction costs. Payout of the fee will vary depending levels of LEED certification.

In a conversation with the Miami Herald, Miami-Dade’s Chief Resilience Officer Jim Murley told the paper his hope was the change would be “beneficial for Miami,” but local builder Todd Glaser wasn’t convinced.

“I think this is going to surprise the commercial and residential community like a ton of bricks,” he said.

Drawing from data provided by the City, the Herald found that between 2010 and 2014, Miami Beach issued an annual average of 150 building permits for structures greater than 7,000 square feet – “some of them mansions, some commercial buildings.” But in 2015, the number of permits issued dropped to 64, and the trend is likely to continue this year as the treasury department scrutinizes luxury sales and local inventory that’s already oversaturated.

Over the six-year period, not a single building was LEED gold certified; had the ordinance been in place, the City would have received a total payout of over $60 million, the Herald reported.

The concern for residential builders and how this might affect home prices is certainly valid.

“There were concerns regarding the impact of this program on single-family residential properties,” the ordinance reads, explaining that it was this concern that lead the City to analyzing forthcoming single-family building.

The majority of homes will not be affected by the new law, which went into effect April 1. And even for the ones that are (i.e. the mansions) local luxury expert and Ross Miami owner Ross Milroy said that, in his experience, buyers are willing to pay for the “latest and greatest.”

“Most buyers who are spending money on new construction want just that: what’s new – the latest and greatest, which includes features that make it more environmentally conscious and efficient,” he said. “I feel people will be willing to pay more for LEED certified buildings.”

Ross also applauded the City for its efforts in lessening its carbon footprint, despite a possible increase in price.

“It’s a win-win for developers, end users and the city as a whole.”