Is Miami the new NYC?

In 1976, Billy Joel wrote “Miami 2017 (Seen the Lights Go Out on Broadway”), the final song on his Turnstiles album and a prophetic narrative that describes the destruction of New York City. First, the lights go out on Broadway; then, all the boroughs fall; and finally, all the New Yorkers end up in Florida. Billy seemed to have accurately predicted the future – and he was only off by three years.

But is Miami and for that matter, South Florida, really the new New York City? Anecdotally, we hear it all the time, but what are the real estate numbers and the data actually telling us? New York City has many people moving out right now. According to data from the New York State Multiple Listing Service (NY State MLS), supply is abundant and prices are coming down. In fact, now is the time to pick up a bargain in New York City, as there are currently 10 times the number of listings available then what was sold in the past three months.

According to the real estate agents at NY State MLS, the residents are scattering. The three places we most often hear that people are going are:

Most New Yorkers tend to land in southeast Florida because, let’s face it, all of their friends and family are there anyway. Plus, the restaurants and stores remind them of New York. But, can the numbers definitively show that New Yorkers fled the scene and now, as the verse goes, “all live here in Florida?”

As of September 2020, there are were about 40,000 active residential listings in Palm Beach, Broward and Miami-Dade. The area is selling about 10,000 units a month, despite the fact that this is currently the off-season and we’re in the midst of a pandemic with travel restrictions. That means there is about a 4-month supply of housing units in South Florida. Anything less than 6 months of inventory is considered a hot market — a very hot market has a 3-months’ supply or less. The winter buying season is likely to speed things up even more.

Aside from the three southeastern counties in Florida, when looking at hot markets specifically for upside, our agents have been watching Port St. Lucie. Port St. Lucie is affordable and is experiencing a huge surge in construction of planned unit developments. Large corporate developers are investing heavily in this market and are attracting buyers from areas further south, who can sell their home for more money and buy a new home much cheaper than they can in Palm Beach, Broward, or Dade County.

When looking at South Florida versus New York City – purely for comparing apples to apples in terms of population — the numbers are compelling. In 2020, about 15,600 homes were sold in New York City from March 1 to September 1. During that same six-month time span in 2019, just over 24,200 homes sold. That equates to a 55% drop in volume of closed sales.  In Manhattan, home prices are down 38% year over year. Rental vacancy is currently at about 4.6%. This time last year, the rental vacancy was less than 2%.

How do we know the buyers are coming from New York? We surveyed local real estate agents. New York agents say that South Florida is the No. 1 spot that their clients move to when they leave New York state, mostly because they have ties there. When surveying South Florida agents, the response is the same. In fact, many South Florida agents are former New Yorkers and get their referrals from people they know back home.

They all tell the same story: New Yorkers are coming to Florida in droves and relocating permanently. With no Florida state income tax, open stores and restaurants, not to mention the sun and the weather, who can blame them?

It seems Billy Joel was right – we all end up here in Florida.

With 20 years of experience, Dawn Pfaff has been involved in the real estate industry from nearly every angle possible: She is an appraiser, agent, broker, dealer for manufactured housing, licensed instructor to teach continuing education and an investor who founded NY State MLS in 2009m a statewide Multiple Listing Service. In 2015, she expanded the company nationwide as My State MLS. 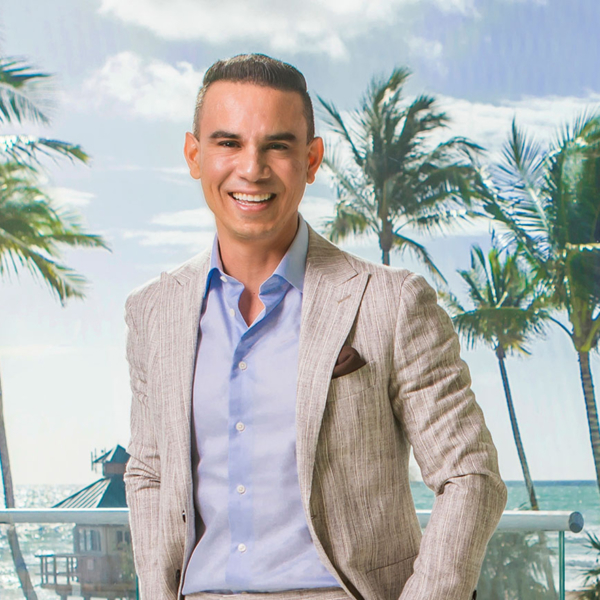