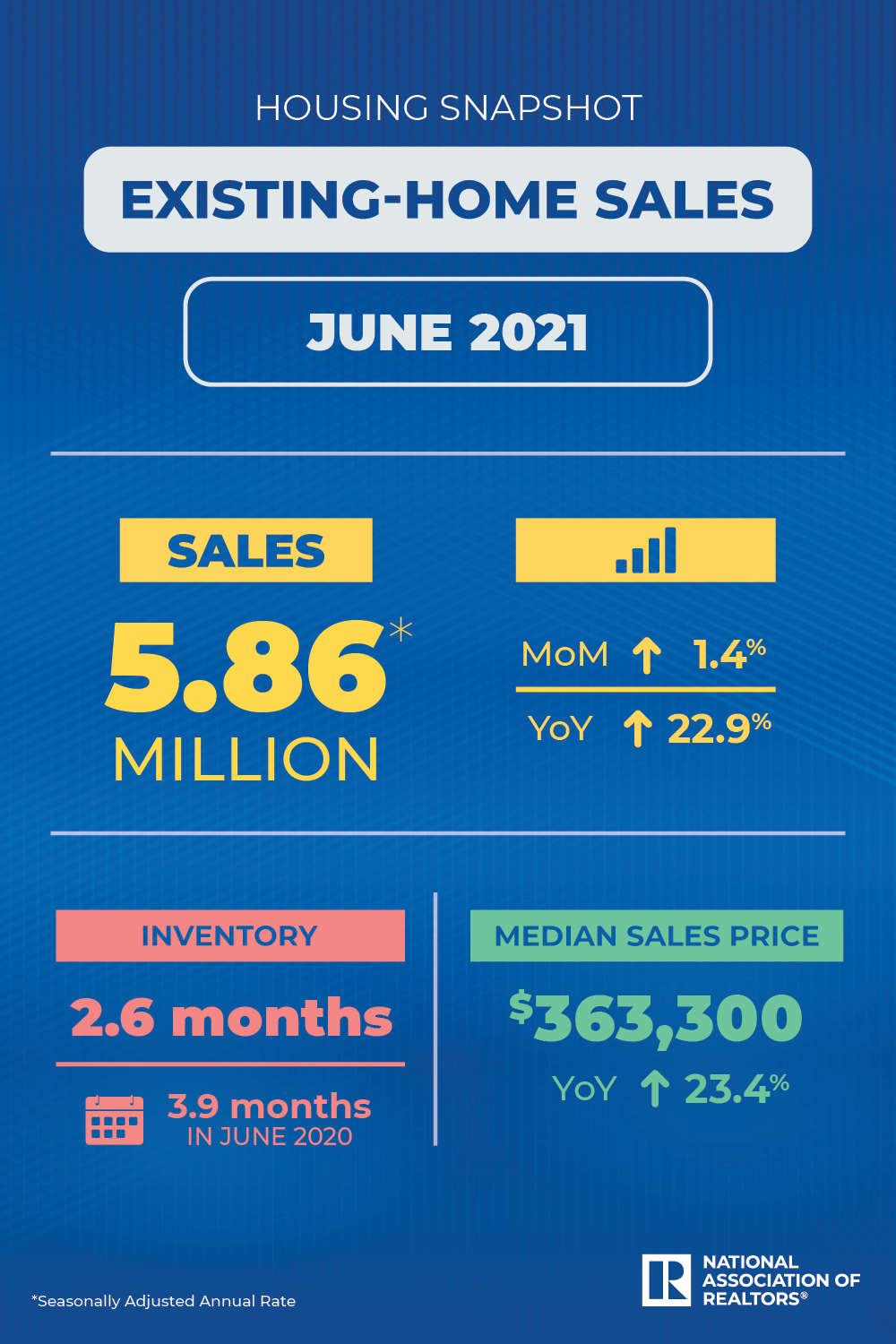 Existing-home sales broke their four-month run of declines in June, as the median price for existing homes hit its second-highest level since January 1999, the National Association of Realtors said.

Total existing-home sales, which are completed transactions including single-family homes, townhomes, condominiums and co-ops, rose 1.4% from May to a seasonally adjusted annual rate of 5.86 million in June. Year over year, sales were up 22.9% from 4.77 million transactions in June 2020.

The median existing-home price for all housing types in May was $363,300, up 23.4% on an annual basis, as every region in the country registered price increases. This increase marks 112 straight months of year-over-year gains, the NAR said in a press release.

Total housing inventory at the end of June stood at 1.25 million units, up 3.3% from May and down 18.8% from a year earlier. June’s unsold inventory represents a 2.6-month supply at the current sales pace, slightly higher than May’s 2.5-month supply but down from 3.9 months in June 2020.

“At a broad level, home prices are in no danger of a decline due to tight inventory conditions, but I do expect prices to appreciate at a slower pace by the end of the year,” NAR chief economist Lawrence Yun said in the release. “Ideally, the costs for a home would rise roughly in line with income growth, which is likely to happen in 2022 as more listings and new construction become available.”

Geographically, the Midwest saw the greatest monthly increase in sales, at 3.1%, while all regions saw year-over-year gains.

The average commitment rate for a 30-year, conventional fixed-rate mortgage was 2.98% in June, up from 2.96% in May, the NAR said, citing Freddie Mac.