Florida’s population growth in 2017 was second largest in US If it seems to you like more and more people are moving to Florida, you would be correct — the state saw the second-biggest increase in population in the country last year, according to the U.S. Census Bureau’s national and state population estimates.

The national population grew 0.72 percent overall in 2017. Florida saw a 1.6 percent growth and remains the third-most populous state with a population of 20,984,400. 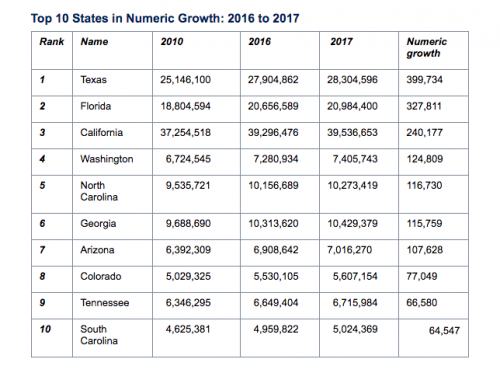