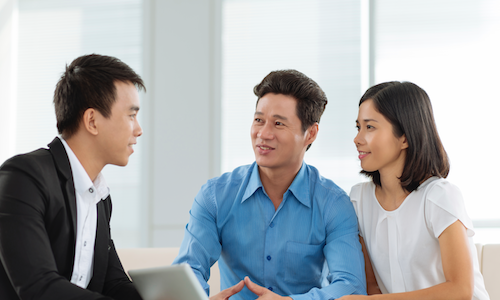 Thanks to the Miami Association of Realtors partnering with foreign listing portal Juwai, Chinese buyers will now have easy access to residential and commercial listings in the Magic City.

“Miami is the city of the future,” said Teresa King Kinney, chief executive for MIAMI. “With its proximity to Latin America, diversified economy and newly-improved port, airport and highways, Greater Miami is in position to attract major investment from China and other international countries.”

The deal between MIAMI and the China’s No. 1 international search portal, Juwai, was announced today, and with it comes the promise of increased investment from international buyers who’ve already shown an interest in Miami.

From 2010 to 2014, the Asian-born population in Miami-Dade County increased 10.5 percent, accounting for 2.8 percent of the general population, according to Census numbers. Of that community, one in five identified as Chinese.

In specific regards to real estate, the presence of Chinese buyers in Florida has been steadily growing since 2008. According to the state’s 2015 international homebuyer profile, the share of Chinese homebuyers went from nonexistent to 4 percent of the overall market in that seven-year period; and 42 percent of those buyers purchased in Greater Miami.

Partnering with Juwai is only the latest in a series of moves the association has taken to improve Miami’s visibility among potential Chinese buyers. Over the past year, MIAMI has participated in several trade missions to Asia, and in June, Kinney presented on behalf of the association at the 2016 Asian Real Estate Association of America’s China North America Global Summit – which took place across the Chinese cities of Chengdu, Xi’an, Changzhou and Shanghai.