Politicians and Developers Look to Cuba for Opportunity

As relations between Cuba and the U.S. normalizes, real estate businesses hope to expand money making efforts into Cuba 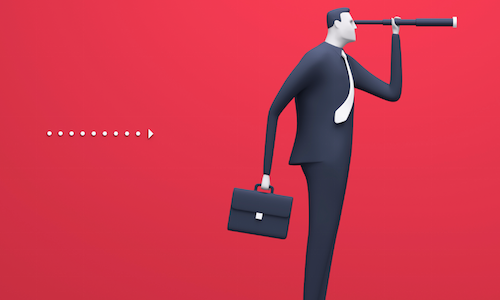 Last year, President Obama made history by laying new groundwork for a future relationship between the U.S. government and Cuba; they were the first steps to ending a feud that dates back to early 1959, when Fidel Castro first seized power. More than 50 years later, the budding relationship promises to help end an economic embargo that has kept U.S. businesses and entrepreneurs out of the Caribbean’s largest island. As host to the country’s largest Cuban population, Miami businesses stand to face some serious potential gains – especially developers.

“Cuba needs a lot of investment, especially in real estate,” said Florida International University Law Professor Jose Gabilondo, who spoke with the Observer in a Dec. 2014 interview. “It has a lot of valuable seashore and a lot of valuable, rural areas and urban areas that need enormous investment.”

Cuba’s real estate market needs serious internal reforms before U.S. developers and investors can hope to stake a serious claim in the island’s market, Gabilondo added, pointing specifically to changes in its title system and financing laws. But that isn’t stopping businesses from making plans and politicians from urging cooperation.

In a conversation with The Real Deal, Tom Murphy of Miami’s Coastal Construction Group claimed he personally knows “a lot of good developers and builders” that would like to extend their businesses to Cuba.

“The best thing we could do is go in and rebuild the place,” he said, adding, “and while we’re at it, let’s build a couple of casinos.”

A Call to Action

In late July, former Secretary of State and Democratic presidential hopeful Hillary Clinton gave a speech at the International University of Florida, calling on lawmakers to support stronger ties with Cuba and explicitly saying she’d like to end the embargo against Cuba “once and for all.”

In her speech, Clinton discussed the social and political implications of lifting the embargo, which she described as an “albatross,” but also touched on the potential expansion of American “travel and commerce” into the country.

Some businesses, like Stonegate Bank, which is helping to make transactions within Cuba easier, and Airbnb have already taken steps to setup shop in the new market, but for many the barriers to business are still plenty and promise to slow ambitions.

“They want to do things slowly, to keep things under control,” Brookings Institution Senior Fellow Ted Piccone told the Miami Herald, explaining the pace of economic reform under Raúl Castro.

Coming into Cuba, businesses face a litany of barriers promising to throttle the pace of growth, particularly in regards to obtaining financing – as most Cuban banks are not authorized to work with American financial institutions – as well as several other limitations on what foreigners can buy and where they can invest their money.

Stonegate CEO David Seleski, who knows firsthand the challenges of navigating the Cuban business sector, cautioned businesses not to be too heavy handed in their approach.

“There are opportunities – but not for everything and not for everybody,” he told the Herald. “You shouldn’t go in thinking you’re going to make as much money as possible. But if you go in with the attitude you want a reasonable return and are going to do something that will help the Cuban people, then you can be successful.”

Since Cuban workers average a monthly wage of about $20, some have argued the country’s real estate market is one of those “not for everybody” opportunities, but Bermuda hotelier John Jefferis, who’s been toiling in Cuba’s real estate market for some time, said in an interview with The Wall Street Journal that he’s making a profit selling luxury properties, such as a $1.2 million penthouse, by taking advantage of the area’s unique demand.

“There are very few apartments that can be legally purchased by foreigners, and when there’s a limited supply of something, usually there’s a premium for the price,” he said.