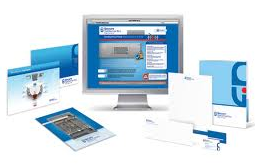 One company is trying to fight fraud and offer peace of mind with software and data that helps monitor risk and vets closing agents. Secure Settlements, Inc. announced its launch in August and says their risk analysis software, national database and risk rating system reduces the inherent risk associated with mortgage lending and the closing process.

“A mortgage closing is typically the single largest transaction in someone’s life, so we want to minimize the potential for fraud and negligence during such transactions,” Andrew Liput, founder of Secure Settlements said in a statement.

One of the reasons closings can be susceptible to fraud is because there is a lack of standardization which is in part because closing agents come from both legal and financial communities, but with Secure Settlements closing agents can be evaluated more evenly.

“We provide all parties involved in a mortgage transaction the data needed to make the best choice possible when selecting a closing professional – and we provide a uniform standard of care and set of best practices for the benefit of those who work in the closing industry,” Liput said.

“Our goal is to provide an independent analysis of closing professionals on an individual level, and ultimately establish a standard that further protects both lenders and consumers by creating an environment of transparency and accountability for the industry as a whole,” he added.

According to a report from the Financial Crimes Enforcement Network, which is part of the U.S. Treasury department, mortgage fraud increased 31% in 2011. However, FinCEN director James Freis said “we’re seeing financial institutions spotting activity that appears to be fraud before it happens and in the process, helping to prevent it.”

Bob Garrett, executive vice president, First Tennessee Bank and a Secure Settlements customer said in a statement that proper vetting of closing agents is something his bank and peer institutions have been “discussing for years”

“Proper vetting and evaluation of mortgage closing professionals is not only a smart business move, it may also be required of mortgage originators under recent federal regulations,” Garrett said.

Secure Settlements currently has a “Watch List” which they say has more than 45,000 names which can help identify potentially shady closing agents.

“Our software system generates a matrix of data that creates a rating for lenders to review on their own. This kind of rating currently doesn’t exist in the market,” Liput said.

While Secure Settlements services are designed for mortgage lenders and warehouse banks, hopefully it can help reduce fraud and create more peace of mind for agents, buyers and sellers going forward.

Virtuhouse uses artificial intelligence to search for a home