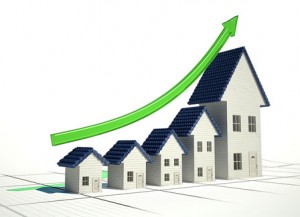 New home sales increased at their quickest rate in more than two years in May.

Sales of new singe-family homes for the month of May, according to new data from the Census Bureau, rose 19.8 percent year-over-year to a two-year high.

Other data from the Census Bureau included:

Alicia Cervera Lamadrid, the managing partner of Cervera Real Estate and Master Broker Forum member, works primarily in condo sales and new developments, and she said it’s been nothing but good news on that front in 2012.

All the excess condo inventory from the last three years has been absorbed, Lamadrid said, long before many had anticipated, and as a result, a new wave of construction is hitting the Miami area.

One of those new developments, the MyBrickell residences, has performed particularly well, with 300 of the building’s 376 units going under contract since it went to market last November, a trend Lamadrid called “staggering.”

“It has really been a strong endorsement of the market,” she said.