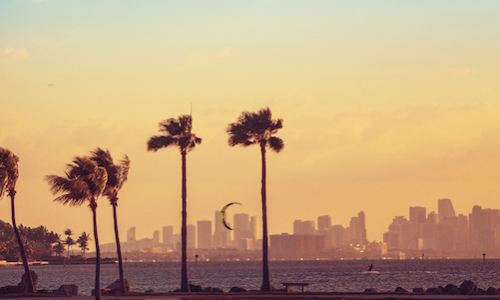 The South Florida housing market finished the first half of the year with continually firm sales buoyed by relatively stable inventory levels, according to a July 19 report from Douglas Elliman Real Estate. That puts the Miami market and other South Florida metros in a strong position heading into the summer and fall.

“The outlook for South Florida continues to improve,” Jonathan Miller, the report’s author and president and CEO of Miller Samuel Inc., said in a press release. “While inventory is rising across the region more than it is falling, the rate of growth is generally modest. Prices are generally up in most markets and sales in nearly as many. All in all, this is a fairly well-performing market.”

In the coastal mainland of Miami, the largest segment of the South Florida market by listing inventory, Q2 sales were well above their five-year quarterly average, according to the report. A boost of inventory may have helped, as this marked the second consecutive quarter during which listing inventory has increased. In each of the six previous quarters, listing inventory in mainland Miami fell on an annual basis.

Miami Beach recorded especially strong sales in Q2 2018, its best quarter in three years. The Douglas Elliman report counted 1,025 sales in the Miami Beach/Barrier Islands area, a 10.7 percent increase from the same period last year. Palm Beach also broke its own three-year sales record for for single-family homes in addition to condos. However, Palm Beach was the only South Florida city included in the Douglas Elliman report that didn’t set a new record on prices, which otherwise grew across the board.