Why fewer foreign buyers is good for Miami 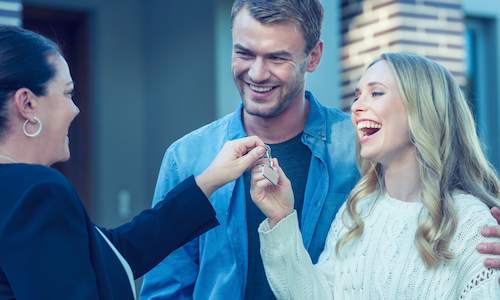 Miami is hemorrhaging foreign buyers, and it begs the question – will the market survive?

This year, the share has tanked, falling to 33 percent:

Near Florida’s tip, Miami is well situated as a welcoming destination for South and Latin American buyers. Last year’s International Buyer Profile, compiled by Florida Realtors and the National Association of Realtors, found that half of all international buying activity in the state took place in the Miami/Ft. Lauderdale region; the market was Florida’s top destination for buyers from Brazil, China, Latin America, Venezuela, and Western Europe. But while the city’s popularity among international buyers has provided stability in a time of recovery, it also makes Miami uniquely susceptible to foreign political and economic shifts – which in the past had been a boon for the market.

“People are investing for safety purchases,” one respondent told the Herald. “They want to get their money out of the reach of corrupt governments who try to take it away.”

It is similar to what Douglas Elliman Florida CEO Jay Parker said in a recent interview with Miami Agent. In discussing China’s economic woes, which include the country devaluing its currency in the face of a plummeting stock market, Parker explained that foreign buyers want to protect their money. He said that when governments start trying to limit the flight of capital, as China – as well as Brazil and other foreign markets – has done, it ends up “driving wealth out of those markets.”

Foreign reluctance – a matter of price?

However, despite professionals agreeing that foreign turmoil makes Miami a more attractive place to park overseas cash, the numbers in recent months do not add up, as the city is losing its share of international buyers even as China’s economy struggles and Brazil deals with a systemic corruption scandal so outrageous it mimics that of a political soap opera. The countries are defying conventional wisdom. And why?

The answer could be a matter of price.

As we reported earlier this year, a strong U.S. dollar and consistent home price appreciation is making the nation’s real estate market unaffordable for many foreign buyers. In a report from NAR, the association compared the increases in the median price of U.S. existing homes measured in local currencies from 2015 to 2016, and found:

But the reality is, this drop in foreign buyers may not be such a bad thing, long term.

Florida Realtors’ International Buyer Profile showed that foreigners tend to pay more than double ($538,600) the state’s median home price of $258,200. The trend has been great for real estate professionals and boosting homeowner equity, but it has been difficult for local homebuyers and potential homebuyers, who are being priced out of their own neighborhoods.

“My career is about to become obsolete, because I am a Miami Beach native and the international market is significantly pushing out my local clientele, making my job very difficult,” an anonymous Realtor said in the International Buyer Profile. “It is becoming impossible for my clients to purchase real estate in their hometown, and they feel like they are being driven out due to the significant influx of international (buyers).”

The agent added that Miami needs a healthier mix of foreign and local buyers, otherwise the “city is going to fall apart.”

And such a mix is happening. Although the market share of foreign clients dropped from 2015 to 2016, so has the share of local buyers risen, increasing from 11 percent to 23 percent. The shift can also be seen in cash sales – a preferred purchase option for many foreign buyers – which fell year-over-year from 68 percent to 58 percent. The scenario mimics something local veteran Realtor Morris Massre said in 2014 while discussing a potential trend of diminishing all-cash sales: “In the long run, this could end up being good for the local buyers.”